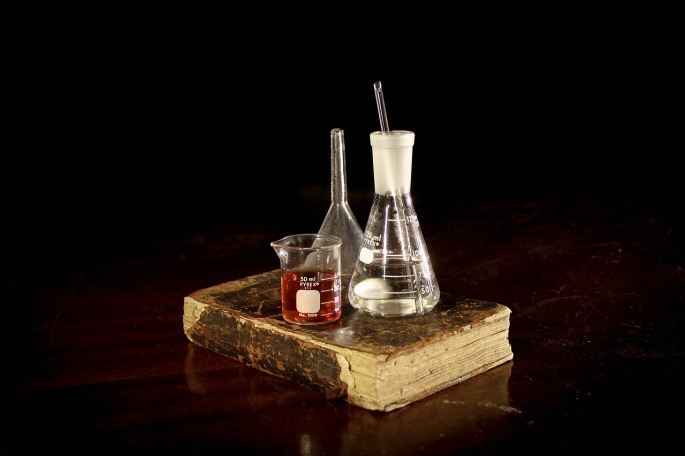 Steven School Alchemy With Iron Pyrite. Blood of the green lion. Not for consumption. Do not try this at home. This information does not constitute advice of any type nor is it intended for any specific person.

I ground the mineral Iron Pyrite in a mortar and pestle which the writings of Theophrastus Paracelsus indicated grind as fine as the painters grind the colors.

I ground the chunks of iron pyrite and placed the iron pyrite into a large glass pickle jar for one of my alchemy experiments with iron pyrite. I added a large quantity of food grade white vinegar purchased at a local grocery store. i also added a much smaller amount of hydrogen peroxide theoretically creating a mild solution of peracetic acid. I loosely covered the top of the jar with plastic wrap to keep dust out but that expanding gases could find vent to save the glass pickle jar from breaking. The vinegar peroxide solution turned a golden yellow color over time which i poured off into an evaporation dish and evaporated outdoors on an electric hotplate. 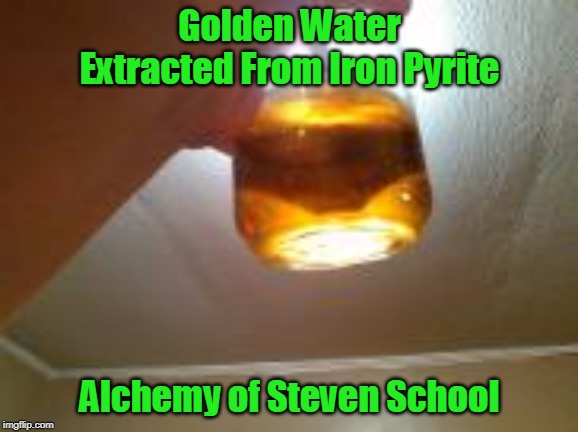 The golden water evaporated to a green gum which i called my green lion of alchemy. this i carefully dried in sunlight to avoid burning its flowers or destroying its green color. I placed my dry alchemy green lion in a borosilicate retort which i had purchased from Amazon.

On the low heat of an electric hot plate my alchemy green lion extracted from iron pyrite seemed to melt and flow like pitch or wax. My green lion of alchemy turned black and bubbles came to the surface like unto the eyes of fishes. A clear liquid distilled over into the receiver which i called the blood of the green lion. After that finished i stoppled the flask and turned up the heat gradually by degrees. A volatile white material rose and affixed itself to the upper portions of the glass retort. I then scraped out the black earth from the bottom of the retort and calcined it with fire of the hottest degree.

My green lion of alchemy changed to a fixed red earth like powder. It seemed to no longer be affected by heat or fire. Alchemy of Steven School.

“As an Amazon Associate I earn fees from qualifying purchases”