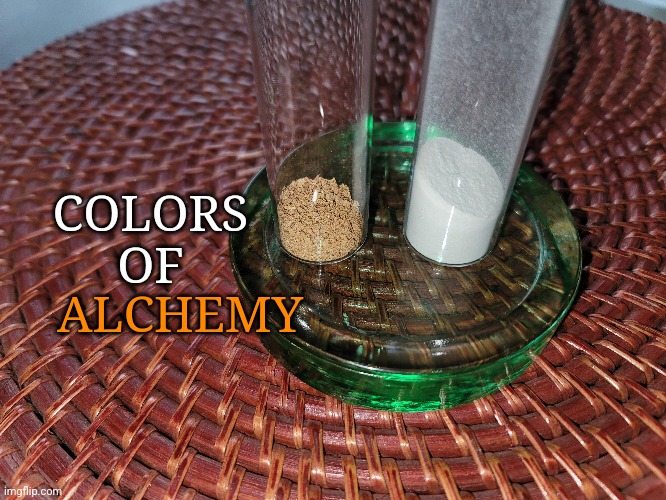 Old alchemical manuscripts variously describe two philosopher’s stones as being red or white. These colors in alchemy upon further research into medieval alchemy sometimes depict a white powder and a gold colored powder. The red philosopher’s stone of alchemy has presented more various opinions upon its actual color however it has been said in alchemy circles that alchemical manuscripts attributed to the alchemist Nicholas Flamel describe the red philosopher’s stone to actually be a gold colored powder. Other alchemists have described it as orange. I t has also been rumored that the philosopher’s stone of alchemy itself, is not a stone at all but a powder having been prepared by the alchemist using secret ingredients. Alchemy of Steven School. Do not try this at home. Not for consumption. This information does not constitute advice of any type, nor is it intended for any specific person. No warranty is expressed or implied as to the accuracy or completeness of anything presented here. 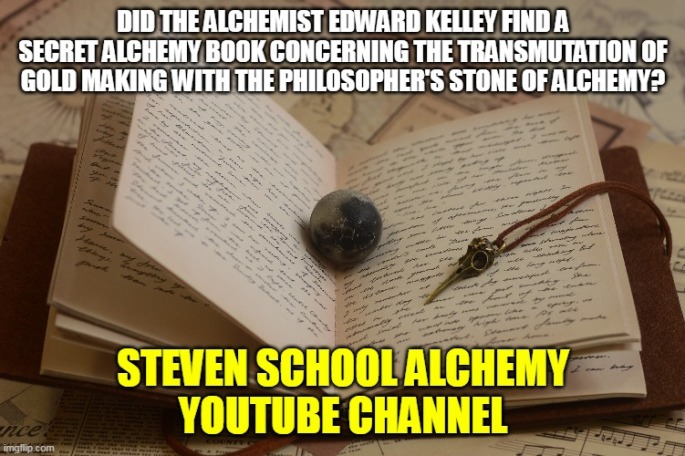 Edward Kelley also known as Edward Talbot, was said to be an alchemist known to have worked with Dr John Dee while seeking the secrets of alchemy and the philosopher’s stone. The alchemist is believed to have lost his life in 1595 while trying to escape the imprisonment of Emperor Rudolf II. Alchemy was a passion at the Court of Emperor Rudolf II in Prague. The story goes that after a long search including many trials and tribulations the alchemist Edward Kelley aka Edward Talbot stopped for lodging while travelling and purchased an alchemy book or manuscript along with a ball of white powder rumored to be the philosopher’s stone transmutation powder for making gold. The red sulfur of alchemy was said to have been thrown away by the inn keeper.

The Golden Chain of Homer is indeed a masterpiece of alchemical literature. Written in down-to-earth language, one can begin to understand alchemical principles and thus unveil the mysteries that shroud the Holy Science of Alchemy. The footnotes alone form a compendium of data that is of enormous value.

Here is a very interesting article that someone recently brought to my attention about sulfide minerals. One theory of mine is that perhaps nature evolves organic matter into iron pyrite over time through the natural process of “weathering” and that perhaps this system of natural evolution results in the end product of gold.

Click here to read the article about sulfide minerals.

Click here to see A Compendium of Works on the Philosopher’s Stone Paperback – June 2, 2015 by Anonymous Anonymous (Author)

“We are a participant in the Amazon Services LLC Associates Program, an affiliate advertising program designed to provide a means for us to earn fees by linking to Amazon.com and affiliated sites.”

is the philosopher’s stone used to make gold? www.howtomakethephilosophersstone.com