Solve et coagula takes on a deeper meaning as illumnination unfolds in the ancient hermetic science of alchemy. All obscurity flees from thee as the words of Hermes state in the emerald tablets of Thoth the Atlantean. The alchemist has flung open the gates of nature allowing for a deeper study indicate the alchemical writings of Michael Sendivogius and or his mentor Alexander Seton. Opposites unite in the white foliated earth known as Rosa Alba in the white phase of alchemy. In Nicholas Flamel’s letter to his nephew he indicated it had taken him years to figure out how to unite these two luminaries causing them to become one. A heavenly spirit manifested in an earthly body. Whiteness is the symbol of purity. Rosa Alba the White Rose of Alchemy is associated with the union of opposites, the tree of life and the white hare making the elixir of life on the moon. It is known by the moon symbol in alchemy.

What is the white Philosopher’s Stone of Alchemy?

alchemy and the green lion: the truth of the philosophers stone book.

Alchemy and the green lion was rewritten march, 20, 2016 and republished after many inquiries pertaining to an updated version of this modern alchemical treatise since years have passed and seasons have changed as we have progressed in our life long journey towards the alchemical sun. Nature strives to perfect all things through evolution both below as well as above the earth’s crust and so it is the same with us as God set forth in his book to let all things be fruitful and multiply in like kind. Those who walk this road travel the same path and step the same stones. Alchemy is a journey, the depth and scope of which perhaps no mans knows but God alone. It is a journey of enlightenment and ascension as we awaken and begin to evolve towards perfection.

This booklet represents some of my alchemical discoveries from 4 years of hands on research and experimentation regarding alchemy and the philosophers stone, it is meant to be simple and to the point. for informational purposes only, no warranty is expressed or implied as to the accuracy or completeness of the information contained within the pages of this booklet.

“As an Amazon Associate I earn fees from qualifying purchases”.

The Golden Tract of Alchemy Concerning The Philosopher’s Stone.

As above so below, to do the miracle of the one thing. The wind hath carried it in it’s belly. The earth is it’s nurse. It’s father is the sun, the moon it’s mother. All things come from this one by adaptation. Hermes Emerald Tablet.

Old alchemical manuscripts variously describe two philosopher’s stones as being red or white. These colors in alchemy upon further research into medieval alchemy sometimes depict a white powder and a gold colored powder. The red philosopher’s stone of alchemy has presented more various opinions upon its actual color however it has been said in alchemy circles that alchemical manuscripts attributed to the alchemist Nicholas Flamel describe the red philosopher’s stone to actually be a gold colored powder. Other alchemists have described it as orange. I t has also been rumored that the philosopher’s stone of alchemy itself, is not a stone at all but a powder having been prepared by the alchemist using secret ingredients. Alchemy of Steven School. Do not try this at home. Not for consumption. This information does not constitute advice of any type, nor is it intended for any specific person. No warranty is expressed or implied as to the accuracy or completeness of anything presented here.

Were alchemist able to dissolve gold in a gentle reaction with a secret water? An experiment in what is called the metal acetate path of alchemy yielded a clear distillate which applied to a small piece of gold in a sealed round flask yielded interesting results. The sand bath placed upon a wood burning stove with a roaring fire contained the alchemist “egg”. Alchemy of Steven School. Do not try any of this at home. Not for consumption.

ALCHEMY; Breaking The Code of The Philosopher’s Stone?

A Red Philosopher’s Stone was perhaps the most sought after of alchemical goals.

Alchemy and the green lion: the truth of the philosophers stone Paperback. 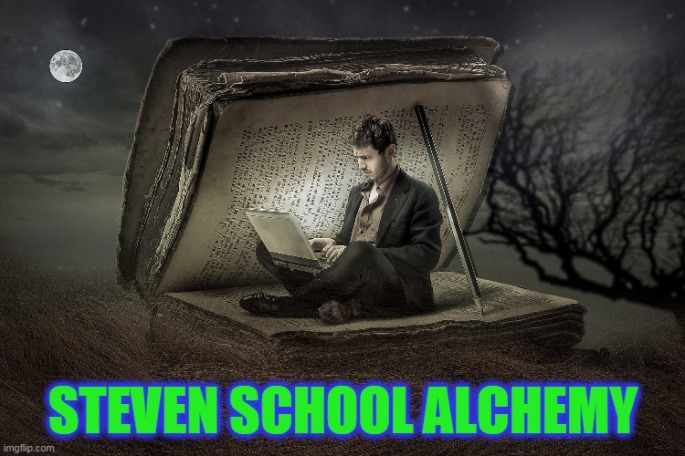 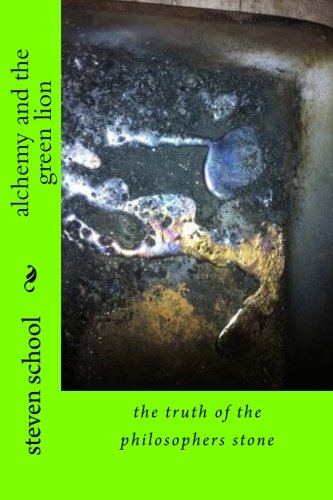 The wet path of alchemy was believed to be a method of how to make the philosopher’s stone. The dry path of alchemy was said to be much shorter than the wet path. Alchemy of Steven School. Do not try this at home. Not for consumption. No medical value. Steven School Alchemy does not constitute advice of any type, nor is it intended for any specific person. No warranty is expressed or implied as to the accuracy or completeness of anything presented here.

In the ancient hermetic science of alchemy nigredo, or blackness, meant putrefaction or decomposition. Many alchemists believed that was a first step in how to make the secret philosopher’s stone. Alchemy was often described as being known by a series of color changes which also brings to mind the seven steps of alchemy. Are we to compare seven stages of alchemy processes to a series of color changes in the great work of alchemy? From Ripley’s treatise on multiplication, “Black Black Blacker than Black”. The first stage of alchemy is said to be the black stage of putrefaction, however the seven steps of alchemy list the first step as calcination which some modern alchemists theorize to be philosophical and not taken in layman’s terms. There is also said to be both a dry path of alchemy, and a wet path of alchemy. Many old alchemical manuscripts depict three ingredients as being the composition in the alchemist egg. A certain salt, a secret water rumored to be known only to the alchemist, and some type of “sulfur”. Secret alchemy ingredients for the philosopher’s stone? The color black is thought by some to be important in alchemy.

Alchemy of Steven School. Do not try this at home. Not for consumption. Not intended for any specific person. Not advice of any type. No warranty is expressed or implied as to the accuracy or completeness of anything presented here.

Do not try this at home. Not for consumption. Not advice of any type. Not intended for any specific person.

How to do the dry path of alchemy.

The seven steps of alchemy begin with calcination. See video above.

“As an Amazon Associate I earn fees from qualifying purchases”.